Iceland - Where one in 10 people will publish a book.

Iceland is one of the most sparsely populated countries in the world, there are about 320,000 people living there. Never the less, every tenth citizen of this country is a writer, according to BBC. How comes?! 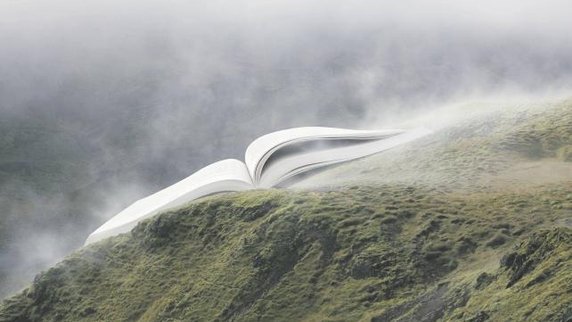 Iceland is a very literate country. 100% of the inhabitants know English besides the native language. Taking into account the number of books per inhabitant, this small country is in the first place of the world's top rank of the nations reading books. According to the University of Beverast, in 2012, 93% of Icelanders read more than one book, and a half - no less than eight books.

The Icelanders believe that if there is any sense in your life, then there must be books in it. To prove the truth of this statement, all Icelanders write their own books. Some of them become professional writers, and in general, writing is treated as national entertainment.

In addition to the fact that the local population is very fond of reading, today, according to some sources, Icelanders are also one of the most active publishers in the world. For example, this country publishes 4 times as many books per capita as the United States. It happens that several people in the family are engaged in writing books simultaneously - then they try to publish books in turn, in order not to steal each other's readers in so-called days jólabókaflóð. Most of the books in Iceland are published just before these days, jólabókaflóð, which  is translated roughly like "Christmas book floods." In November and December, the bookshops sell almost as many books as are sold from January to June.

During jólabókaflóð in Reykjavik, a huge book fair opens, at every Iceland's doorstep, a weighty volume of the catalog of books is revealed in the morning. Bókatíðindi ("Book News") - this is the dream of a book maniac! It's a catalog of all important books of the season with addresses of Icelandic publishers and stores where one can buy any book to read. The publishing circulation of bókatíðindi is 125,000 copies.

The fact is that after kreppa - a severe economic crisis in 2008, when the country's 3 largest banks collapsed, tens of thousands of people lost their jobs. Their salvation was literature. As a result, contrary to all predictions, the Icelandic book market is growing both, at the time of recovery and during the economic decrease. And it concerns first of all the paper books.

Here are other good statistics: this Christmas, the average Icelander, as usual, will buy two books as a gift to friends. Don’t you want to follow their lead?